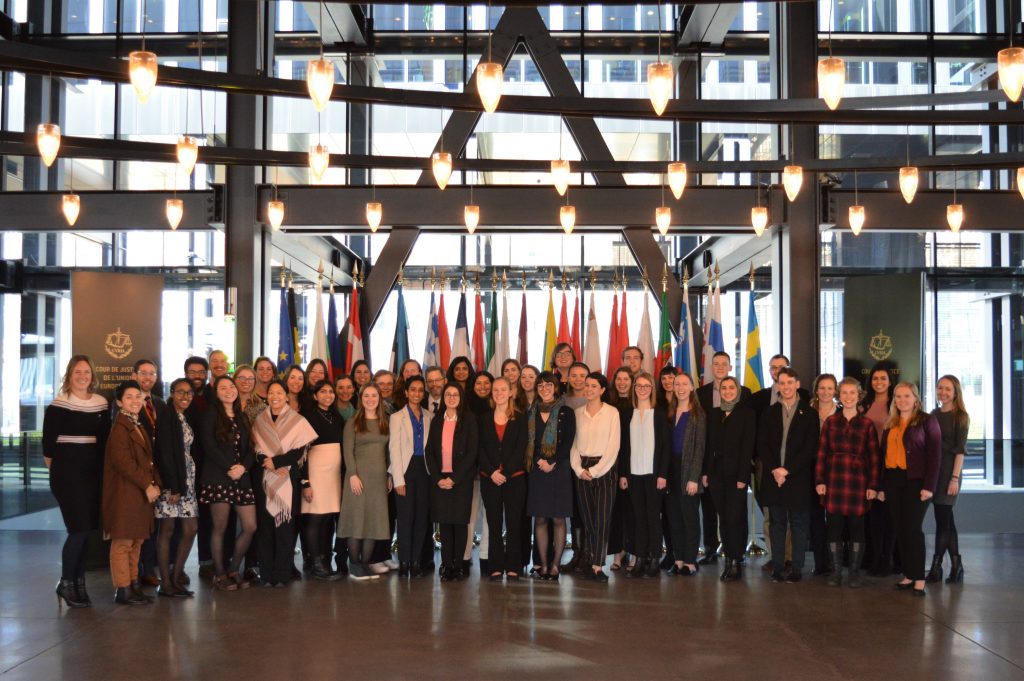 Fulbright’s mission of educational and cultural exchange came into unique focus for me during my attendance at the 2020 EU-NATO Seminar, organized by the Belgium Commission on February 4-8, 2020. During the almost weeklong event, a group of Fulbright researchers, ETAs, and Fulbright-Schuman grantees travelled across Belgium and Luxembourg visiting institutions vital to both the European Union and the NATO military alliance.

As a Fulbright Poland grantee located in Warsaw, I attempted to glean what it meant for Poland to be embedded in these organizations, in addition to how this Central European powerhouse affected the workings of those transnational groupings that have a tendency to view post-socialist member states as newcomers.

The relatively short history of European supranational bodies was impressed upon us during our meeting at the Court of Justice of the European Union in Luxembourg. Their experts, including one sitting judge of the EU himself, explained how the economic, and subsequent political, union of Europe evolved rapidly in the postwar climate, spawning judicial bodies to adjudicate on issues that reached across borders. Witnessing the arguments presented in a competition law case before a five judge panel of the court helped to elucidate to me the daily workings of the complex European judiciary, with which the Polish government is increasingly at odds.

During our visit to the Commission in Brussels, where we met in the original legislative chamber of the former European Community, speakers explained the overall structure of the Union, the Commission’s role as the executive, and Commissioner Von Der Leyen’s ambitious Green Deal proposal.

The last day of the seminar brought us to NATO headquarters as well as to the US Mission to the European Union, where we were able to candidly discuss the strengths and weaknesses of the Transatlantic relationship and the emerging threats to European security.

Throughout the week, the seminar attendees challenged EU, NATO, and US government officials as well as guest speakers on a stunning range of topics. We had questions that ranged in subject from lithium battery production to the potential rise of eco-authoritarianism, so diverse were the interests and research projects that the various grantees across Europe are pursuing. I was so impressed with my fellow Fulbrighters, and no doubt learnt as much from them about their projects and host countries, as I did from our speakers.

The seminar left me with a sense of the durability and importance of the US-European relationship and also forced me to recognize a common European experience felt by grantees spread across this diverse continent.