At the beginning of the year, we announced a call for applications for the Fulbright Poland History Grant – a special grant awarded by the Polish-U.S. Fulbright Commission. The goal of this grant is to prepare a book manuscript, a comprehensive study of the 60+ years of the Fulbright Program operation in Poland and its impact on Polish-American relations.

In the call for applications, we received 11 high-quality proposals presenting various approaches to the development of the topic. Selecting one proposal was therefore extremely difficult. On June 18, 2021, the Board of Directors awarded the Fulbright Poland History Grant to Dr. Oleksandr Avramchuk. 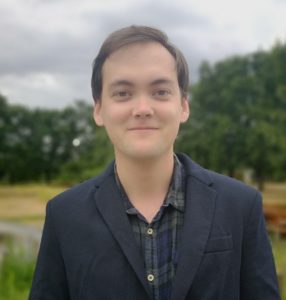 Dr. Avramchuk is a historian of the young generation. He completed his M.A. program in History at the Kyiv-Mohyla Academy in Kiev (2016) and received his Ph.D. in History from the University of Warsaw (2021). His research interests include Central and Eastern European intellectual history and the history of the Cold War, with particular emphasis on the role of political emigration from the region in U.S. foreign policy. Dr. Avramchuk is the recipient of several scholarships granted by institutions such as The National Agency for Academic Exchange (NAWA), the Institute of Political Studies of the Polish Academy of Sciences and the Polish American Historical Association (The Young Scholar Award).