Prof. Arkadiusz Adamczyk joins the Board of the Polish-U.S. Fulbright Commission 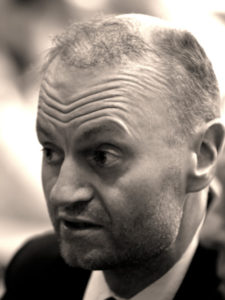 Prof. Arkadiusz Adamczyk has been appointed a Board Member of the Polish-U.S. Fulbright Commission, effective March 17. Prof. Adamczyk represents the Polish Ministry of Education and Science.

Prof. dr hab. Arkadiusz Adamczyk is a Head of the Department of International Relations at the Institute of International Relations and Public Policies of the Jan Kochanowski University in Kielce. His research interests include former and contemporary Polish elites and political formations (with particular emphasis on the Piłsudski community) as well as European political and geopolitical thought of the 20th century.

Manager and participant of several international projects carried out jointly with the Hungarian Academy of Sciences, the Moravian Masaryk University in Brno, Charles University in Prague, University of Tarragona, Universidad Nova de Lisboa, University of Ivanofrankivsk, Charles Esterházy University in Eger, Ministry of Foreign Affairs of the Republic of Hungary, Council for the Protection of Struggle and Martyrdom Sites, as well as with scientists from Polish research institutions. In the years 2012-2014 project manager of “The historial politics of V4 countries: The life and political role of János Esterházy in archival and press sources” implemented by the Hungarian and Slovak Academies of Sciences, Charles University in Prague and Jan Kochanowski University as part of the Standard Grants of the Visegrad Fund. Since 2014, a member of the international research network NETCOR and a participant in the Rethinking European Corporativism project, carried out under the supervision of prof. Pauli Borges Santos (University of Nova de Lisboa). From 2018, deputy chairman of the Wacław Felczak Polish-Hungarian Cooperation Institute in Warsaw. On January 10, 2019, appointed by the Archbishop of Krakow, Fr. prof. Marek Jędraszewski as chairman of the Committee of Experts appointed in the beatification process of the SB. János Esterhazy. In 2018 director of the Central Research and Development Center for Textile Machines POLMATEX-CENARO in Łódź, and from 2019 director of the Institute of Leather Industry in Łódź (currently in the Łukasiewicz Research Network). From 2001 to 2017 he was a member of the governance of the Józef Piłsudski Institute in Warsaw (2010-2017 President of the Institute); in the years 2002-2017 he was a member of the editorial board of the journal “Niepodległość” (2010-2017 editor-in-chief). 2010-2018 editor-in-chief of the yearly “Polityka i Bezpieczeństwo”. Since 2015, he has been the thematic editor of the periodical “Przegląd Sejmowy”. 2018-2019 Chairman of the Scientific Council of the Law4Growth think tank. Author, co-author and editor of 20 books and over 200 scientific articles.

Prof. Adamczyk succeeded Dr. Anna Budzanowska, who upon completing her role as the Undersecretary of State at the Ministry of Education and Science, also ended her mission at the Board of Directors of the Fulbright Commission.

We would like to thank Dr. Budzanowska for over a year of fruitful cooperation and her incredible kindness towards the Commission and Fulbright Program grantees in this difficult time of the epidemic. We wish her the best of luck in new undertakings.