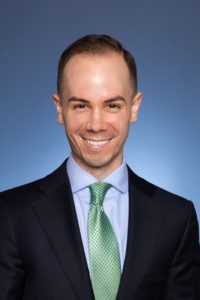 As the Fulbright celebrates its 75th anniversary, I fondly reflect back on my own experiences as a researcher in Warsaw and Poland almost a decade ago.

Above all, the Fulbright award provided me the financial freedom and resources to explore academic and cultural pursuits in the country and regionally that I otherwise would not have been afforded.

My first visit to Poland immediately solidified my interest in later returning as a Fulbright researcher, to immerse myself in the culture, society, language and people. The life-long connections made — with professors, friends and colleagues, and mentors — helped make the time outside of conducting interviews and field research so much more rewarding. Even more so, the prestige of the program is unparalleled, and the Fulbright affiliation has continually opened doors and opportunities years later.

The Fulbright Program is more than just a study abroad opportunity – it was one of my most impactful life experiences so far, and is the chance of a lifetime for the proactive and intellectually curious to engage with others and foster relationships between our two countries. May the next 75 years of the program be as promising and rewarding!